India 's diamond adventure took off in the 1970s when a small group of intrepid merchants, mostly Jains from Palanpur on the Gujarat-Rajasthan border, began invading the Belgian city of Antwerp , where 90 percent of the world's uncut diamonds were traded each year.
In time, they would challenge another legendary clan, the Hasidic Jews, who had dominated the trade from the time they arrived from Spain and Portugal in the 1500s.


What took the Hasidim centuries to accomplish was overturned by the Jains in only two decades. They did so using tactics that the software industry replicated some years later.
First, they worked at the bottom end of the spectrum, taking up the smaller uncut diamonds that the Jews ignored as low-value.

Next, they ‘outsourced' the finishing jobs to India (where incidentally, the diamond industry employs more people than the IT industry), while working their way up the value chain.

The result is that the Indians' share of Antwerps $26 billion-a-year diamond revenues is said to have grown to roughly 65 per cent, while the Jewish share has fallen to about 25 per cent from 70 per cent in the last 20 years.

According to an insider, seven of Antwerps top ten diamond houses are now owned by Indians. They are called G-7 in trade circles. "It's the first world industry where Indians are truly kicking butt," says market maven Prashant Kothari.

A recent AP account of the emergence of Indians in Antwerp spoke of how the city's Hoveniersstraat, "a street once celebrated for its kosher restaurants, now offers the best curry in town."

Ditto in New York and Hong Kong . One industry insider revealed that more than half the 84 "sightholders" (a tight clan of regulars) who buy diamonds from de Beers are Indian.

Fortunately, the Jews and the Jains, two almost exclusive clans, have maintained cordial, even warm, ties.
Some Jain dealers have learnt Hebrew and Yiddish; some Hasidim can speak a smattering of Gujarati. Jain weddings now have a kosher section; and Jews have learnt to make chai. There has even been a Jain-Jewish wedding.

The remarkable thing is, like with the software industry, India does not produce much original or branded diamond products.
India only cuts and polishes 80 per cent of the 125 million carats of diamonds produced world-wide the diamond industry equivalent of back-office software coding. So how come the expertise?

One explanation is legacy. India provided the world's first diamonds and dominated the supplies until the 18th century diamond rushes in South Africa and Brazil .

Even today, some of the world's most famous stones are from India , including the Kohinoor, the Great Mogul, the Regent, and the Blue Hope Diamond.

It's probably the same reason dealing with the binary system, the ones and zeros that form the basis of computing, comes so easily. Been there, done that.


Posted by Primary Information Services at 9:46 PM No comments:

Going by the giddy coverage in the media, shining India 's lustre seems derived entirely from its booming info-tech sector to the exclusion of all others. To put it in perspective, India 's IT sector accounts for a meager 0.5 per cent of the world market share, but it is still considered the crown jewel of India 's success story.

In contrast, India 's diamond industry handles 80 per cent of the global polished diamond market, and earned $8 billion last year (compared to software's $ 10 billion.) So why do we hear so much about IT and so little about the diamond business?
Posted by Primary Information Services at 9:44 PM No comments:

"The Small Industry Development tantamounts to taking Capitalism to the middle class and even poor"
"Small Companies face competition from very big firms and a frontal assault doesn't work.How can Entrepreneur win ?"

"Be more skilled and use surprise to your advandage.Avoid playing the opponents's game. Never try to outspend a larger competitor or deliver as many products. But their strenght is also a weakness: the larger they are, the longer it takes for communications to move from head to foot or hands, the greater likelihood of slipped coordination,and the slower they move.
Larger companies,like bigger people,are focused higher and often less in contact with ground." - Robert Pater
Posted by Primary Information Services at 10:32 PM No comments:

Is Small beautiful ?
Primaryinfo.com
Posted by Primary Information Services at 5:44 AM No comments: 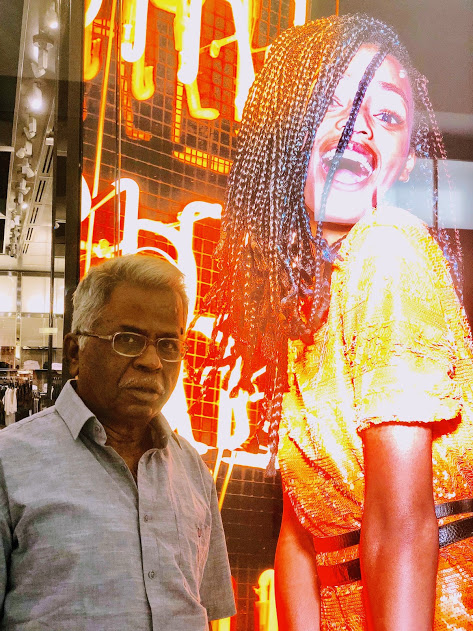